SOREMA, a specialist in process chilling, designs and produces a range of water chillers, water meters for bread-making and industrial process chilling. The SOREMA group supports its customers with research into the most suitable chilling systems for their process. We specifically develop and design our refrigeration equipment after studying the entire operation of your process. We devote particular attention to the definition of needs in order to offer the most effective solution.

In 1956, Mr Camille Magneron, a refrigeration engineer since 1949, founded “Société de Réfrigération Moderne” (the Modern Refrigeration Company) in Cholet. He then launched production of the first water chiller intended for bread-making, an innovation presented at the Foire de Paris and patented in 1961.

SOREMA (Société des Refroidisseurs Magneron) (the Magneron Chillers Company) was then founded in 1963, specialising in the design of feedwater chillers for artisan and industrial bread-makers. The water chiller, essential in bread-making, enables the chilling of mains water, which is mixed with dough during kneading, making it possible to control the final temperature of the dough.

Expertise in water chilling for over 50 years

SOREMA has therefore focussed on this specialisation during its development, successfully adapting it to all water chilling applications or industrial processes in the agri-food sectors and other industries.

Camille Magneron founds the “Société de Réfrigération Moderne” (the Modern Refrigeration Company) and establishes his workshop at 93 rue Barjot in Cholet.
At the time, he has a staff of eight.

Mr Magneron launches production of the first water chiller intended for bread-making: an innovation presented at the Foire de Paris.

The workshop at 93 rue Barjot no longer being sufficient, a new workshop and offices need to be built at 89A to cope with demand.
Production of all immersion exchangers (coils and harrows) in stainless steel (replacing copper)

Mr Magneron, at the age of 73, sells his stake to two of the company’s employees:
– Mr Didier Auger: account manager
– Mrs Praud: secretary.

SOREMA moves to Cormier industrial park in Cholet on a 5000 m² site, with 200 m² of offices and 1500 m² of workshop space.
– Specialisation by the company in feedwater chilling.
– Numerous high-profile customers in bread-making and the agri-food industries. 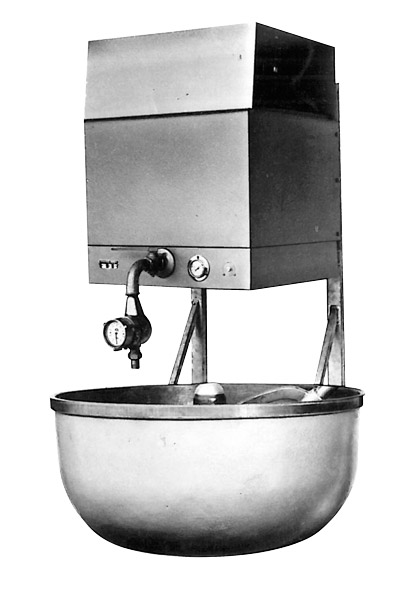 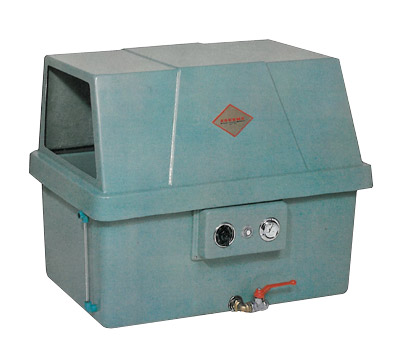 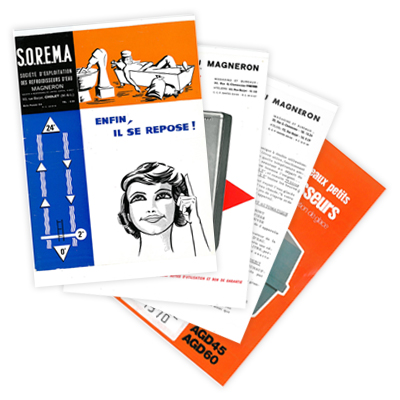 Sale of the first OPTIMUM 360

Marketing of the OPTIMAX range of chillers with an OPTIBOX remote control unit enabling management of water dispensing options.